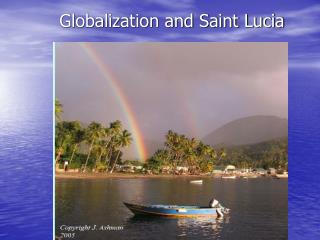 Saint Lucia - . project by david dilbeck. physical geography. it is a volcanic and mountainous island with fertile

Rendezvous - Saint Lucia - Somewhere in the world there is a place where two people can be alone, and the only

Investing in Saint Lucia - . the opportunities for green investment. role. mission: “ to stimulate, facilitate, and

Saint Lucia Passport by Investment - If applicant who would like to become citizenship of caribbean island, saint lucia

Digital 2017 Saint Lucia (January 2017) - Everything you need to know about mobile, internet, social media, and