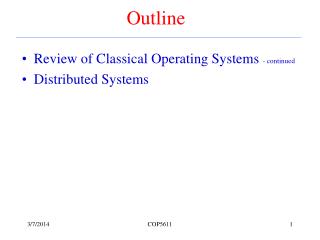 Outline Review of Classical Operating Systems - continued Distributed Systems Announcement The class email list I created a class email list using ACNS’ service If you do not receive an email from me this morning, you need to send me an email to add your email address to the list