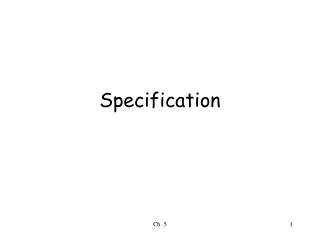 Genomic equivalence - . various models were used to explain how cell division leads to differentiation arguments over the

Some Features of the European Norm for Cold-Formed Steel Design in comparison with the AISI Specification - . s.

Model Based Development: From system engineering with Simulink to software specification with SCADE then to implementat