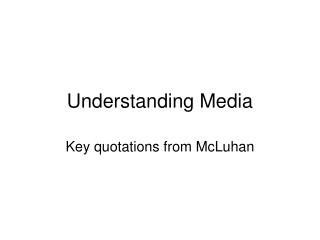 Understanding Media. Key quotations from McLuhan. The Medium is the Message.