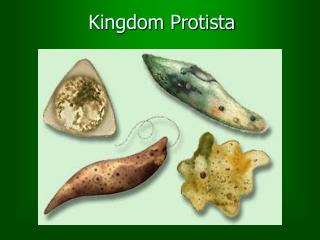 Kingdom Protista. If you look at a drop of pond water under a microscope, all the "little creatures" you see swimming around are protists. All protists have a nucleus and are therefore eukaryotic . Protists are either plant-like, animal-like or fungus-like. Kingdom Fungi - . characteristics. fungi are not plants nonphotosynthetic eukaryotes nonmotile most are saprobes (live on

The Six Kingdoms - . use the words in red to fill in the blanks!. archaebacteria eubacteria protista fungi plantae

UMW Softball - . coaches getting the field ready. competition. scouting the. hangin' out. at the airport. ready for

Kingdom Monera - . characteristics. most numerous and widespread organisms on earth. includes the smallest and simplest

Kingdom Fungi - . characteristics. fungi are not plants nonphotosynthetic eukaryotes nonmotile most are saprobes (live on

The Animal Kingdom: The Deuterostomes - . chapter 31. learning objective 1. what are the shared derived characters of

Warm Up - . friday 4/4/14 1)which body system helps you fight off viruses such as the flu? . objectives. i describe

I. The Kingdom Protista - . a. what is a protist ? any eukaryote that is not an animal, plant, or fungus a. eukaryote –

Kingdom Protista - . the kingdom of misfits - organisms which are not fungi, not plants and not animals. 200,000 species.

Kingdom Protista - . kingdom protista. all members of this kingdom, are unicellular or very simple multicellular

Kingdom Protista - . all protists are eukaryotes. this means that their cells contain a nucleus, a membrane-bounded