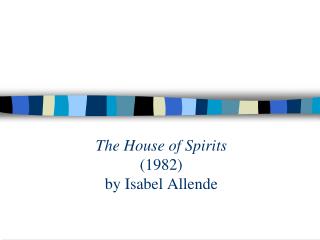 The House of Spi rits (1982) by Isabel Allende. Setting : a country in South American, very similar to Chile. Time : from the beginning of the 20 th century to the first half of the 70’s. Type of plot : social realism. Main characters :.

RITS Forum - . 29 october 2009 nick ziogas it-uds. purpose of the forum. introduce rits and explain what will change with

RITS User Training - . introduction to rits. contents. demonstration of the features of rits, including: launch page

Experience of the European ALARA Network - . c.lefaure - ean chairman. early development of alara from 1973 to 1992.

1982 - . the first cell phones are available for sale. old phone - can atacan. the popularity of cell phones really began