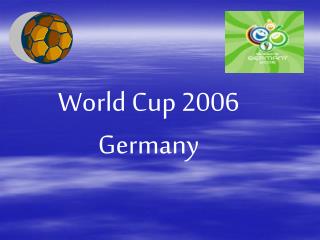 Germany world cup By John Buckley - . germany facts. germany has the fourth largest economy in the world. germany has

FIFA World Cup 2006 Countries - What sort of place do the footballers and supporters live in? use these links to find

WORLD CUP! - . by: karson pilgrim, and christian hidou. land scape. there are many things at brazil like theirs mountains

World Cup - . made by: mais al-reem abdellhai hammoud grade 7c. choose a fifa to research and communicate when and where

world cup - . by ryan green. the country holding it. the team holding the world cup this year is south africa it’s the

World cup final 1986 Argentina vs. Germany in Mexico - . where was it held. it was held in mexico and argentina won

World Cup Football - . starter activity where is south africa on your africa map? study information sheet 8 and produce a