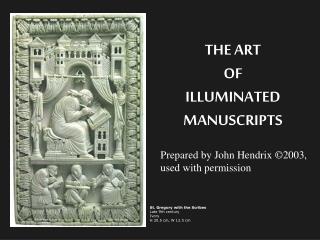 THE ART OF ILLUMINATED MANUSCRIPTS. Prepared by John Hendrix © 2003, used with permission. St. Gregory with the Scribes Late 9th century Ivory H 20.5 cm, W 12.5 cm. I. In the Beginning: The Lindisfarne Gospels, 698.

H Atom 21 cm Line - . is the milky way a spiral galaxy like this one?. because of the scattering by gas and dust in

62 cm - . rules and regulations. only spaghetti and marshmallows may be used to build your tower all materials must be