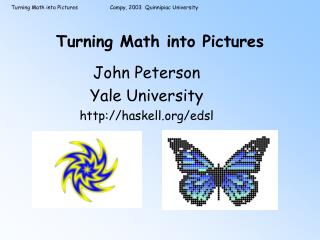 Turning Scholarships into $$$ - . jenni simonis, northern district executive. would you walk away from $87+ million?.

Turning Compliance into Opportunity - . how to leverage regulatory requirements to create other efficiencies. karen

turning knowledge into practice - . panel discussion: the complex infrastructure of government efforts to support the

Turning Data Into Insights - . is your private practice struggling to operate? perhaps you feel caught between a growing

Turning Trials Into Triumph - “blessed is the man who endures temptation; for when he has been approved, he will

Turning WPLCS into PARIS - . the how’s and why’s behind the wplcs redevelopment project. 1. reengineer our core

TURNING MISERY INTO PROFIT - . the prison industry and immigration enforcement. may 2012. a “broken system”. “…we