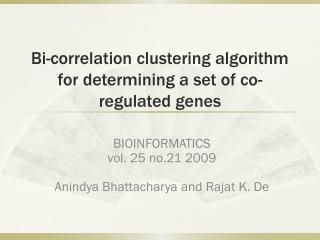 Clustering Algorithm - . cs 157b jia huang. definition. data clustering is a method in which we make cluster of objects

Towards a clustering algorithm for CALICE - . chris ainsley university of cambridge

Measures of Clustering Quality: A Working Set of Axioms for Clustering - . clustering is one of the most widely used