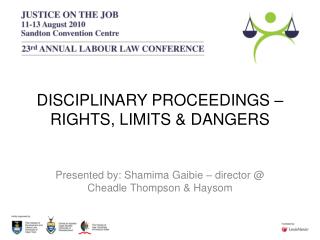 EXAMINATION OF WITNESSES IN CRIMINAL PROCEEDINGS - . examination in chief. this is examination of a witness by/on behalf

ESSENTIAL CALCULUS CH01 Functions &amp; Limits - . in this chapter:. 1.1 functions and their representations 1.2 a

Haqooq-ul-Ebad - . human rights. those moral rights which every human being enjoys at every place for all times. e.g.

Evaluating Limits Analytically - . lesson 1.3. what is the squeeze theorem?. today we look at various properties of

Application of Limits and Fits BS 4500 - . to achieve different types of fit for mating components it is necessary to set

Injunctions and other Remedies in Water Right Proceedings - . professor cynthia ford the university of montana school of