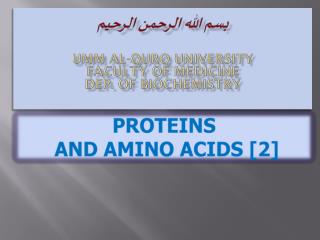 Why is the PaCO2 equation the most important equation in all of clinical medicine? - . lawrence martin, m.d. clinical

بسم الله الرحمن الرحيم - . the obesity pandemic: where have we been and where are we going?. by amr

Biochemistry - . aim. the aim of this option is to give you an understanding of the chemistry of important molecules in