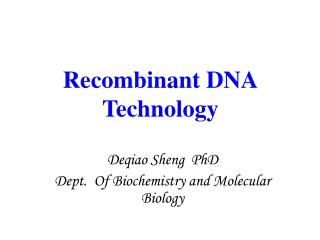 Recombinant DNA - . also known as… no, we won’t be making the elusive dog-boy or elephant-crocodile in the lab…so

Biotechnology - . dna technology. review. some of the most important techniques used in biotechnology involve making