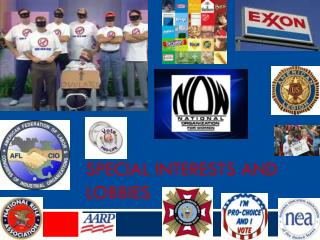 Special Interests and Lobbies. Political Parties and Interest Groups. As mentioned in the last chapter, interest groups are a united group of citizens that have banded together for a cause. These causes could be for a specific issue or to support a certain religion or type of business. Special and Unique Interests - . one of the most fascinating aspects of the autism spectrum is the development of unique

Influencing Government: Food Lobbies and lobbyists - . from food politics: how the industry influences nutrition and

Influencing Government: Food Lobbies and Lobbyists - . marion nestle. what is lobbying. lobbying: “any legal attempt by

Hobbies and Interests - . teacher student. 5th grade 11-12 years. each one of us has a hobby and an interest . sometimes

Estates and interests - . debbie rook ll.b open learning . the doctrine of estates. refers to the period of time during

Estates and interests - . debbie rook ll.b open learning. the doctrine of estates. refers to the period of time during

Interests and Values - . chapter 8. what are your interests?. what kind of lifestyle do you prefer?. what are 20 things

Interests - . begin to narrow down interests what are you good at? what do you like to do? focused college visits meet