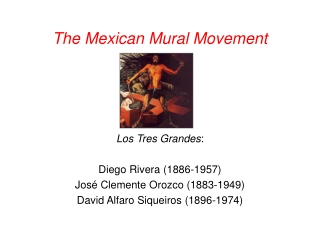 Week 6 Artist - . discussion question for week : what was franklin delano roosevelt’s wpa program and how was rivera

The Belfast Murals - . bobby sands died of a hunger strike in prison. he was a catholic protestor. another catholic

Diego Rivera - . by: jocelyn white. december 8 , 1886: birth. he was born in guanajuato city, guanajuato to diego and