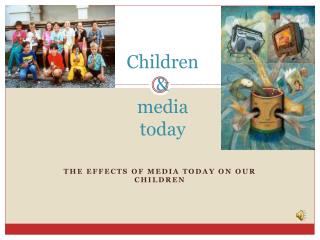 Children & media today The effects of media today on our children Effects of TV, Video Games, & Music Children between the ages of 6 and 12 still have a lot of development to go through. Is the media around them affecting them more than we think?

Chapter 17: Sexual Victimization: Rape, Coercion, Harassment, and Abuse of Children - . for use with human sexuality