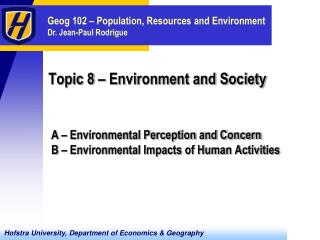 MGT 401 Week 1 DQ 1 The Environment - The environment. why is it deemed necessary to protect the environment? what does

Topic 5 – Topic 5.1 Communities and ecosystems - . ecology – the study of relationships in ecosystems – both

TOPIC : Ecology AIM : What is Ecology? - . topic : ecology aim : how do living things interact with their environment?

Topic 5-Lesson 1 - . maintenance of environmental flows and natural processes in water. introduction. how important is

The Physical Environment: An Evolving Topic - Centre for socio-technical systems design. the physical environment: an

Narrowing down a topic - . let’s assume that you are interested in the “environment”. it would be impossible to

EQUALITY AND SOLIDARITY - . section 2 of final document. why do we think this topic is important?. in society exist

Physics 12: Energy and the Environment - . a physics perspective on our society’s needs tom murphy. course objectives.