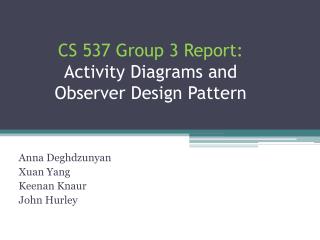 Orbital Diagrams and Electron Configuration - . drawing orbital diagrams gives information not only about the orbitals

9. Regulator design with state variable feedback and observer - . for a system given or it can be represented in diagram

Activity 80: Nature’s Recyclers - . challenge: where can you find some decomposers? what do these composers look like?.