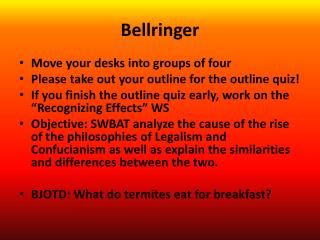 Bellringer. Move your desks into groups of four Please take out your outline for the outline quiz! If you finish the outline quiz early, work on the “Recognizing Effects” WS