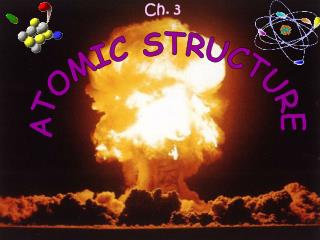 Ch. 3. ATOMIC STRUCTURE. Sizing up the Atom. Elements are able to be subdivided into smaller and smaller particles – these are the atoms , and they still have properties of that element If you could line up 100,000,000 copper atoms in a single file, they would be approximately 1 cm long