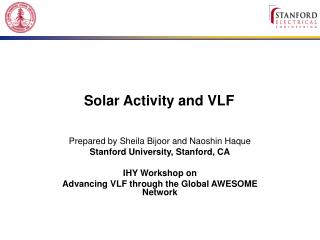 Solar Activity - Rapid prototyping center. there is interagency consensus that the transition of research models into

Solar activity - . elissaveta arnaoudova. why are studies of sun’s activity important. the climate connection the

Solar Activity - . views of the chromosphere – during an eclipse (above), through an h-alpha filter, (right). the flash

Chapter 29.2 Solar Activity - . 1e- students know the sun is a typical star and is powered by nuclear reactions,