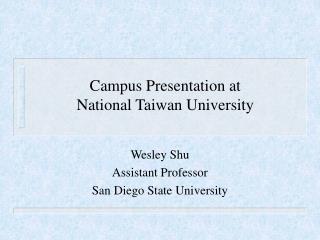 OFF – CAMPUS HOUSING - Where to live, how to get there, and how much it costs presentation created by swiyyah white

Presented at - Operating and planning the us &amp; china grids for reliability and economic efficiency to enable