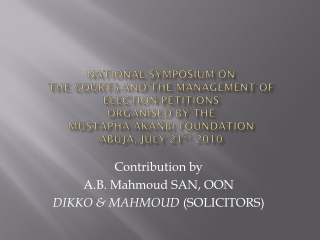 The principle contribution of Plato and Aristotle to the discipline of Political Science - . was in the area of normative

Parametric versus Nonparametric Statistics-when to use them and which is more powerful? - . dr mahmoud alhussami.

Great Muslim Scientists and their contribution to the different fields of Science - . muslim scientists. al-razi(864-930

POLYSMNOGRAPHY - . by aida mahmoud yousef. polysomnography (psg) : i s a multi- p arametric test used in the study of