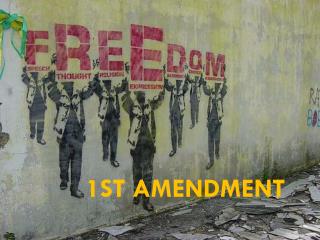 The Presidency - . article ii of the constitution 4 year term of office with no limit until 1951 22 nd amendment – 10

Due Process - . current issues – libertyville hs. what is due process?. due process is part of the fifth amendment

Reconstruction - . the thirteenth amendment. the abolishment of slavery in the united states. this was important because

7th Amendment ... - 7th amendment . “in suits at common law, where the value in controversy shall exceed $20, the right

Civil Liberties - . “your rights as americans”. in this chapter we will cover…. 1. the foundations of civil

Chapter 2 - . legal aspects of investigation. learning objectives. explain the historical evolution of the laws of arrest