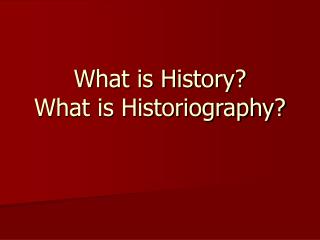 What is History? What is Historiography?. Introduction. History, in its broadest sense, is the totality of all past events, although a more realistic definition would limit it to the known past.

The Countryside Life - . by: ahmed maher. egyptian countryside is very beautiful and rich of plants and trees. people

Approaches (Types) of History - . the question of how a historian approaches historical events is one of the most