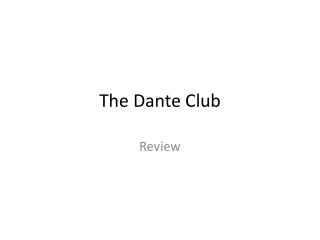 Dante - . inferno. oooh…scary !. before we begin our journey into the depths of dante’s hell…. what other

Henry Wadsworth Longfellow - . mad poetry skills yo ’. what is your purpose in life?. 5 minutes f/bell…