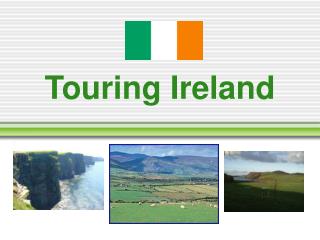 The Rock of Cashel - . ireland. legend says that st. patrick came to ireland to bring christianity to the people. at the

Traditional Sports and Games of Ireland - . sport in ireland. as in many nations, sport plays an integral role in irish

Viking towns in Ireland - . where did the vikings settle?. the chief viking towns are now some of our main cities: