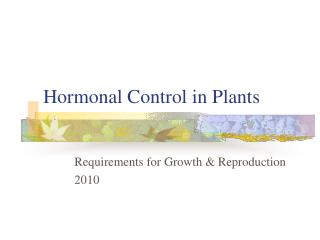 Nutrition in Plants - . or the cacti in the desserts ?. or the algae in the sea ?. how does trees on the fertile plain

Click through 100 plants growing in woods, on fields and riversides. - Test your knowledge of plants in summer!. december

Plants of the Bible - . lytton john musselman old dominion university. about 125 different plants are mentioned in the

Chapter 36 Transport in Plants - . how do plants move materials from one organ to the other ?. question ?. levels of

Ms. Aguirre - . part a- chapter 3. common parts. there are more than half a million types of vascular plants on earth.