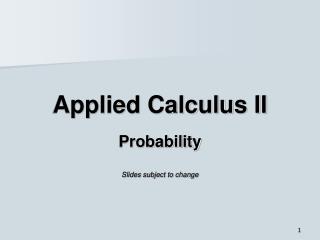 CALCULUS II - . chapter 10. 10.1 sequences. a sequence can be thought as a list of numbers written in a definite order.

Differential Calculus-II - A list of examples or questions from differential

Applied Database II - . transactions in database. the acid test. atomicity the whole transaction or none of it