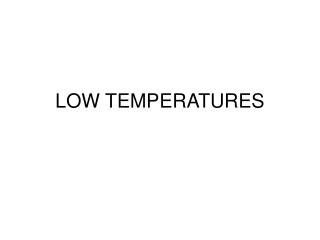 The Crucible - . by arthur miller. a ceramic or metal container in which metals or other substances may be melted or

Slip: A watered down clay, used to help bond clay together and for decorative purposes. - #1. ceramics : - pottery or

Chapter 23 Electric Current - . recall that, when the ends of a conducting material are at different temperatures, heat

Thermocouples - . most frequently used method to measure temperatures with an electrical output signal. what are

The aLife Home System - . the alife home system. home automation with a different approach market flooded the all take

Water Textbook 7.1 and 7.2B - . the hydrosphere is all of the waters on earth. water makes up ¾ of the earth’s