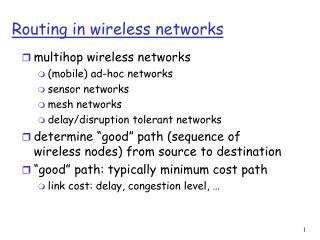 Secure Routing in Wireless Sensor Networks - . this paper. one of the first to examine security on sensor networks prior

Interference-based routing in wireless broadband networks - . in bira, a link cost is calculated considering the