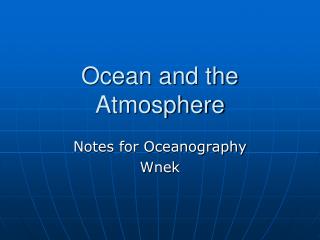 OCEAN ZONES - . zones of the water column. we are looking deep into the ocean…. so deep in fact that it takes hours to

The TEKS - . know that climatic interactions exist among earth, ocean, and weather systems. 8.10 (a) recognize that the