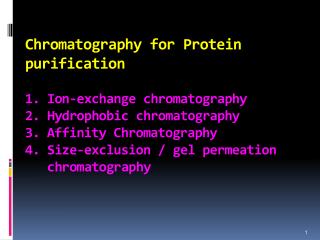 Chromatography - . partition chromatography. redistribution (partition) of the molecules between the stationary and