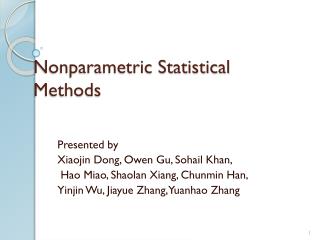 Nonparametric Statistical Methods - . definition. when the data is generated from process (model) that is known except

Nonparametric Methods - . prepared by yu-fen li. parametric tests. earlier, the populations from which the data were