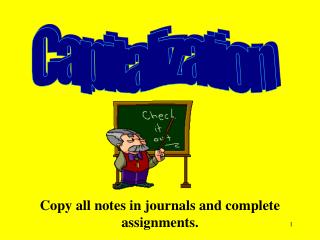 Capitalization Quiz PowerPoint Review - Mindy left her coat here.. capitalize the first word in a sentence.. i wrote to