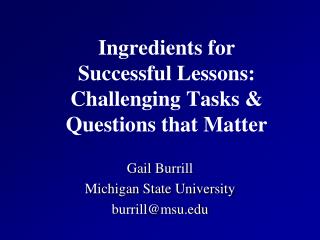 How to become a SUCCESSFUL MANAGER - . asif akber download this presentation from www.obizpakistan.com/downloads. what

Properties of Matter Objective 4 – Changes in Matter - . a puddle of water evaporating rust flaking off a metal fence

My Chemical World - . matter. “it don’t matter” - donovan frankenreiter chorus: i said if it don't matter to you it

The Nature of Matter - . chapter 1 biology 391. what is everything made of?. matter  anything that has mass and

Matter &amp; The Atom - . matter. anything that takes up space and has mass can be classified as solid, liquid, gas

Challenging “Be All That You Can Be” - . countering the militarization of our youth. oskar castro, dennis mills,

Properties of Matter - . general properties of matter. matter is anything that has mass and volume everything is made of