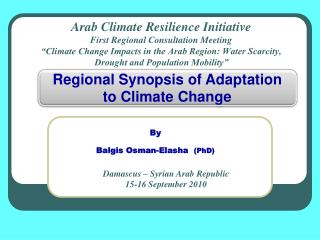 This lecture will help you understand: - The earth’s climate system human influences on the atmosphere and climate

CLIMATE CHANGE and its EFFECTS on human behavior and HEALTH - . jim lovelock ’s theory ; the human influence on the

Climate and Climate Change - . chapter 12. learning objectives. understand the difference between climate and weather and