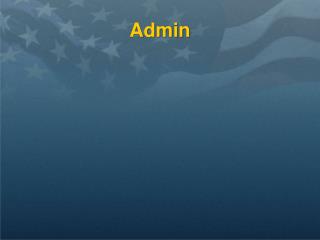 Admin - . lesson 10: . retrenchment 1865-1890. learning objectives. know congressional attitudes toward the navy in this

Admin - . review. understand the navy under president ford and the political and economic factors that contributed to the