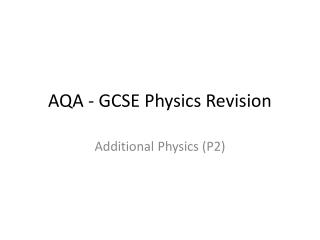 AQA GCSE - . creative writing. the ao criteria. at the end of the unit you will be assessed on: ao4 writing write to

GCSE AQA Graphics - . making and making log. things to note. make in this order: board cards counters box use the help

AQA A2 Revision - . mike murray. based on past paper questions and answers to those questions. content. epoc and lactate

GCSE Revision - . past paper reading higher. section a. questions and answers in french the instructions are in french