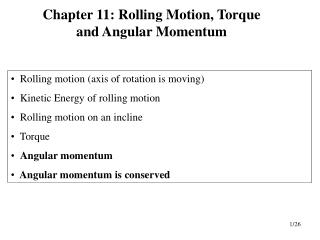 Wave Motion ( 波動 ) - . wave motion is a kind of vibration(oscillation), through which, energy (not matter) can be

Plane Motion of Rigid Bodies: Energy and Momentum Methods - . contents. introduction principle of work and energy for a

Range of Motion, Body Mechanics, Transfers &amp; Positioning - . rom is the extent of movement that a joint is

The role of contours in form-based motion processing - . p.u. tse, g. p. caplovitz, and p.-j. hsieh. form from motion or