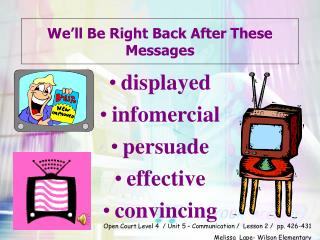 Messages from around - . 绵阳市教育科学研究所 袁伦高 864169831@qq.com. messages from the classes and the

Understanding and Dealing With Low Back Ache. Description, How to diagnose, Pathogenesis and Pathology . - Understanding

Back Safety and Safe Lifting - . back safety. learning goals: understand anatomy and balance (how your back works) learn

Assessing the Low Back - . the patterns of low back pain. hamilton hall md frcsc professor, department of surgery,

Can you name the parts of a Big Mac? - . advertising has proven that people can learn something in under 30 seconds with

Chapter 9 - . internet control message protocol. objectives. upon completion you will be able to:. be familiar with the