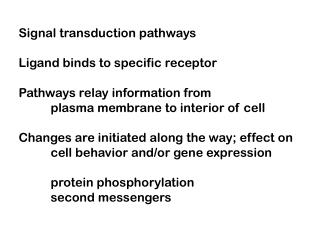 Introduction to Signal Transduction - . signal transduction. conversion of information from one form to another in