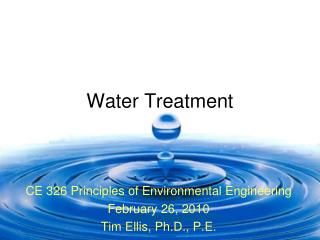 Tertiary Treatment of Domestic Wastewater By - . dr. alaadin a. bukhari centre for environment and water research