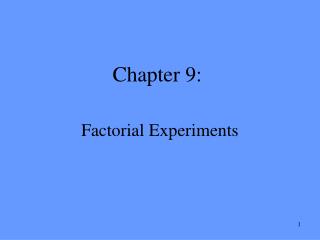 Chapter 9:. Factorial Experiments. Section 9.1: One-Factor Experiments. In general, a factorial experiment involves several variables. One variable is the response variable , which is sometimes called the outcome variable or the dependent variable .