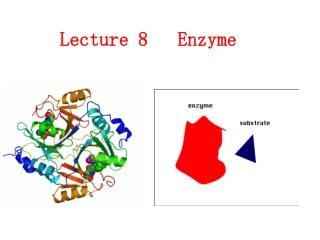 Lecture 8 Enzyme. Outline. Composition, structure and properties of enzyme Enzyme kinetics Catalytic mechanisms of enzyme Regulation of enzyme activities. 1. Introduction to enzymes. (1). Much of the early history of biochemistry is the history of enzyme research

Mobile Programming Lecture 8 - . notifications, services, asynctask. lecture 7 review. how and where in your code do you