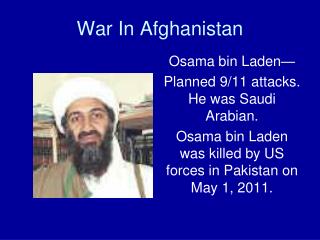 Mourning in Bagram - Fellow troops mourn for six u.s. service members killed by a suicide bomber near bagram air base in

Portrait Photography - Steve mccurry is one of the most successful and respected living photographers in usa.he continued

Afghanistan - . objectives. identify pakistan and afghanistan on a blank map of asia. explain the importance of the

Interoperability in Afghanistan The perspective of NCSA The ISAF CIS Coordinator and Service Provider - . afcea event

Pashtuns - . what does it mean to be pashtun?. pashtun is pronounced as pash- toon also known as pushtun ; pakhtun ;

Capital Cities - . do we know the answers to these popular 50 countries capitals?. 1. afghanistan. a) tirana b) kabul c)

Parvana by Deborah Ellis - . there are many types of battle in afghanistan. imagine living in a country where women and