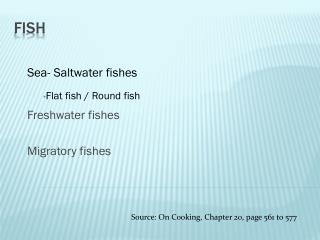 Fish - . all fish have gills. with out gills they will die. the gills help them breath. fish have scales to cover the

Fish - . by: camden. fish live in watr.fish eat minnows.some sharks eat fish. i wish they wouldn’t do that. i like

Fish - . what are fish?. fish are aquatic vertebrates (animals with backbones) with fins for appendages.   they

Fish - Urdu is the national language of pakistan. it is the fourth largely spoken language in the world. it is compulsory

Fish - . 4. bass and crappie. bass are a group of fish that have long bodies with many bones. some bass live in the

CHAPTER 14 FISH AND SHELLFISH - . fish and shellfish. fish are aquatic vertebrates with fins for swimming and gills for