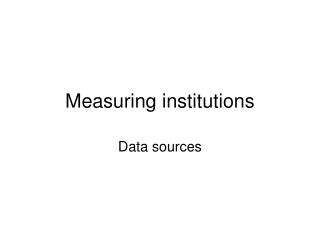 Measuring - . inches. the whole inch. equality. the inch operates off each line represents a part of an equal set of

Measuring - . volume temperature mass. reading the meniscus. always read volume from the bottom of the meniscus . the

Measuring - . objective: at the end of this lesson students will understand and be familiar with basic scientific units

Measuring the volume and value of the outputs of higher education institutions - . ursula kelly &amp; iain