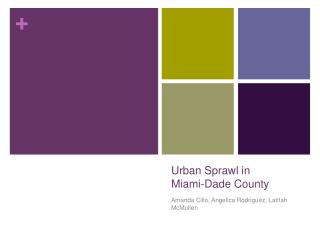 REMEMBER SEATTLE – MARCH TO MIAMI - Asje’s march to miami was a series of 30 educational events, rallies and protest

Urban Geography - . chapter 9. key question:. when and why did people start living in cities?. cities. city – a

An Urban Territory: The Metropolis - . a metropolis and its issues chapter 1 pages 14 - 48. terms to know and define. 1.