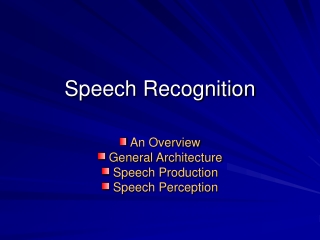 Application of Speech Recognition, Synthesis, Dialog - . speech for communication. the difference between speech and